Catch up if you can

Home » Catch up if you can

In light of recent news from India and South Africa, the Bidding Price for June from Tsingshan and Baosteel stainless-steel producers in China increased by another 500 RMB/t, compared to May (250 RMB/t).

This increase returned the Bidding Price to the level of November 2019 and the price rise from March till June is now 12%, thus corresponding to the increase in the European Benchmark.

When the Q2 2020 European Benchmark increased by 12.9%, we estimated it to be justified, based on the ferrochrome production cuts and lockdowns. Some market participants believed that it showed flaws in the benchmark pricing mechanism, while in fact this quarter its movement has been followed by the Bidding Price almost precisely. 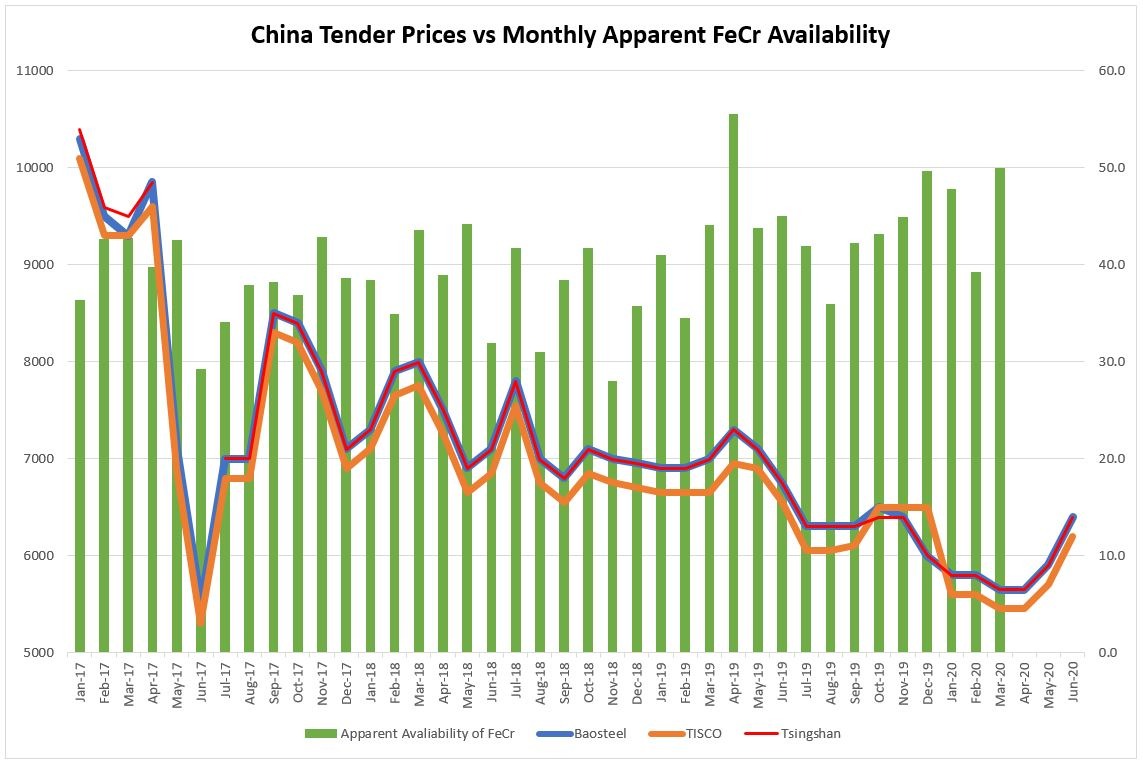 The latest price improvement shows that the FeCr production cuts, which started globally in 2019, are finally taking effect on the supply side. Combined with lockdowns implemented in March/April, the supply of ferrochrome decreased by more than the corresponding drop in demand. Even though some lockdown restrictions have been lifted in India and South Africa, production remains subdued and logistics constraints limit the export of chrome related products.

Despite decreased economic activity around the globe and downstream consumption concerns, lately the stainless-steel sentiment is beginning to pick up in China and some other regions. The combination of that information with the expectations of stimulus packages effects worldwide, should provide additional support for ferrochrome demand.

Still, the price recovery could be hampered by the re-ignition of trade tensions between China and the United States, drop in consumer spending, risk of financial consequences in various industries including potential defaults, combined with volatility of the national currencies in some developing countries.

However, when the conditions normalize and demand returns to healthy levels, further price increase will be needed in order to maintain sustainable supply due to cost factors and related production cuts.