Ferrochrome and viral outbreak in China — what’s ahead?

Home » Ferrochrome and viral outbreak in China — what’s ahead?

Over the last few days TSS, TISCO and Baosteel announced their Bidding price rollover for February:

The full impact from the latest developments in China related to the current virus outbreak on both supply and demand side is still unknown.

According to SMM, stainless-steel production in China in January decreased by 13.06%, while other market sources mention 17% drop from the previous month but being 4.8% higher based on year to year data. Further decrease of production is expected in February.
Additionally, last week SMM reported an estimated 47,000 mt drop in ferrochrome production for February compared to January (roughly a 10% decrease), because of shipment curbs caused by the quarantine.
The final import statistics for HC ferrochrome and chromium ore will largely depend on the domestic supply and demand situation in China. Though ferrochrome imports might increase short-term due to decrease in domestic production in China, imports of chromium ore will most likely decrease due to decline in demand. 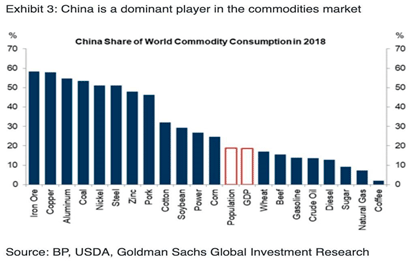 Also, People’s Bank of China (PBOC) has taken another step to help banks and borrowers endure the economic disruption from the coronavirus outbreak by lowering the one-year rate from 3.25% to 3.15%. This will help offset some of the losses the companies are enduring and most likely insure a faster return to full operations. PBOC also pumped in 1.7 trillion yuan ($242.74 billion) through open market operations over the last few weeks.

News coming from China are volatile for the ferrochrome and stainless-steel industries. Taking that into account, stainless-steel mills’ decision to rollover the Bidding price seems to be a sensible one. The supply/demand balance for the global ferrochrome market will largely depend on whether China’s imports of ferrochrome will go up or down. In turn, demand for imported ferrochrome will depend on the balance between domestic production cuts and demand from stainless-steel mills. Import of chromium ore should decrease due to the drop in consumption inside China. At the same time, supply of materials such as refined ferrochrome, EMM and FeSi to the global market, where China has a substantial market share, will likely decrease. Global stainless-steel exports also should decrease, including the ones to Europe. If this becomes a significant occurrence, Europe will require additional production of stainless-steel and raw materials used for its production.