The end of December is approaching, and the ferrochrome industry is preparing for the Q1 European Benchmark announcement.

With the current price downturn in all the major markets, it seems reasonable that the benchmark price will go down, the question is by how much?

There are three major prices whose dynamics should be considered in European Benchmark settlement: China Tender Price, CIF Shanghai and MB HC FeCr.

We used all the above prices to calculate different scenarios for possible Q1 2019 European Benchmark. 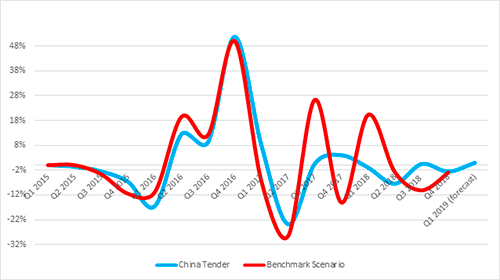 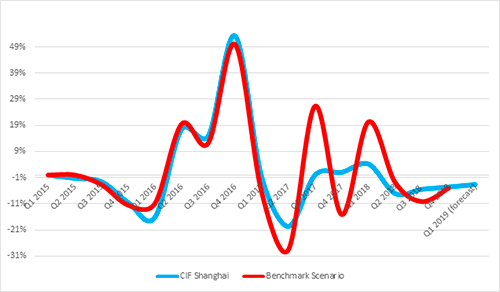 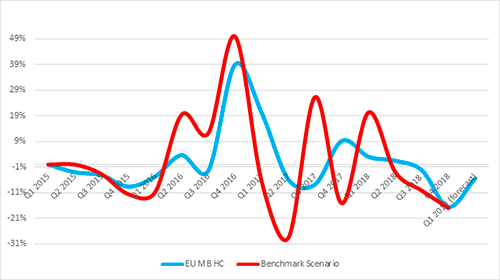 A big difference between EU MB HC FeCr and the other two prices is attributed to decreased premiums in the European market for HC FeCr compared to Charge Chrome. This is mainly due to increased competition in Europe.

A wide gap between prices of different indices for same product-ferrochrome, indicates ineffectiveness of the pricing mechanism.

Above analysis has a wide range of potential results from 1.03 to 1.20 and the average from three scenarios comes to 1.14 USD/lb. This might be a reasonable level, given the market situation and winter slowdown for the industry. The level also corresponds well for CIF Shanghai and Benchmark average historical spread. 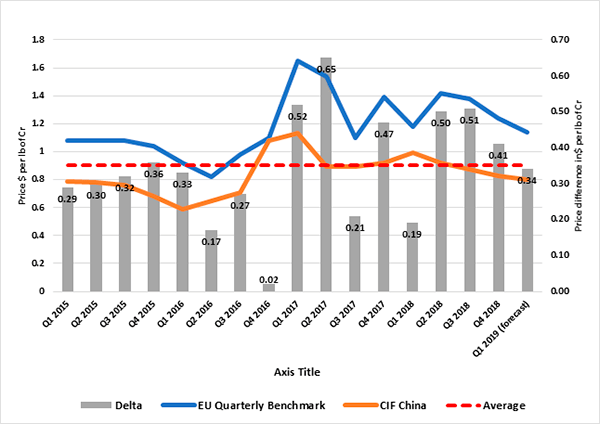 The average quarterly difference from 2015 till now is 0.35 USD/lb. Based on above forecast for Q1 2019, the difference comes to 0.34 USD/lb, which in line with the historical data.

Ongoing trade negotiations between USA and China are decreasing the risk of full-out trade war. The temporary stop on further increases in import duties are improving the sentiment for the international trade. This sentiment could help to improve ferrochrome prices in Q1 2019.

Bloomberg reported that China will decrease or even eliminated its import duties on the US made cars This will give a boost to US car manufactures in the world’s largest consumer market. As the result the US domestic car production should increase thus increasing demand for stainless steel products. That in turn should even further improve USA demand for ferrochrome and ferroalloys. From the other hand improved demand might attract even more pressure from supply side as it has already happened in the second half of 2018.